In my family growing up there were two deep cultural traditions around the enumeration of suffering.

One of these came from what I have to assume was a South Eastern US pass-time of gossiping about the neighbors' hardships, with the obligatory hand-wringing, doleful noises, not so secret sense of superiority and relief that lightning hadn't struck closer to home. More than semi-pro, such sessions could go on quite a while in gruesome detail until our elder matriarch might state with finality, "Well let's not dwell on that, no we won't dwell on the negative. No."

And our poor young psyches, still vibrating from what one of my siblings calls the "litany of horrors" were expected to switch gears and go on with a light and lively conversation. Pass the dinner rolls, dear, thank you.

Alongside and intertwined with that was a Southern European tradition that I only became conscious of when watching the singularly depressing My Life as a Dog. Which is to say whenever we were confronted with suffering in our own lives, we engaged in a group exercise of pointing out that surely there were others who were suffering much more, and then go on to list a few examples in great detail. So while meant to make you feel better in comparison, such a verbal smoke-bomb instead reduced the value and integrity of whatever experience we might have been needing to work through. 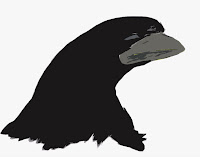 While I think I've done a good job eschewing the gossip, damned if I can't break myself of the My Life as a Dog habit even now, facing my own recent health issues. "Our friends lost their son in a freak accident; so and so's child has cancer..." etc.

The Dalai Grandma offers us this translation of a Buddhist chant from Thich Nhat Hanh:

Which I will begin working with, and for which I am grateful.
Posted by StoneCutter at 2:19 PM